Shortlisted for the
Archibald Lampan Award
2021

Doris Fiszer, is a Canadian poet and a former Business Communications and English as a Second Language professor. Her first full-length poetry manuscript Locked in Different Alphabets was published by Silver Bow Publishing 2020..

Doris Fiszer holds a Bachelor’s and Master’s Degree in Education from the University of Ottawa, an Honours Degree in English and Psychology and a Teaching English as a Second Language Certificate from Carleton University. She taught Business Communications and English as a Second Language at the Bank of Canada and Algonquin College from 1981-2014. As well, Doris was Coordinator of English courses in the School of Hospitality and Tourism at Algonquin from 2001-2009.

Member of The League of Canadian Poets, 2017-present 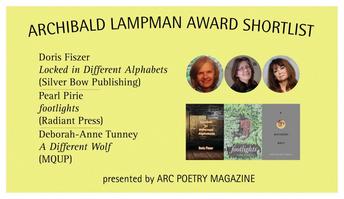