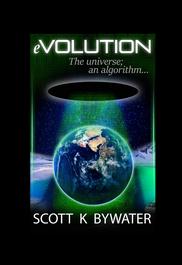 Ever peered up at the night sky and wondered what’s out there between the stars and the dust? NASA reckons there’s as many Earth’s as every word spoken by every soul since the dawn of time, a Cosmos more alive with friendly worlds than we’d ever imagined. But the Universe may not be what we thought. Science could be mistaken. Physical laws could be bang on or also very wrong.

Carson Becker made billions from a platinum strike that sent his investors and the Stock Exchange into meltdown, skyrocketing his backroom, beer-can Company into a Fortune 500 player almost overnight. But money quickly lost him to a new, overwhelming focus. Connie Lennox, his CFO, and Joe Stubbs his head of exploration are his closest confidantes, fighting to keep him grounded, but are frustrated by his ballistic compulsion and infuriating ego. Becker’s crew, along with Nate and his science team, Vic and Harry in SLS shuttle Sagan, and Mission at JSC, confront the true nature of the Cosmos, revealed to them, slice by slice. Will first contact be benevolent and munificent, prodding their planet with words to the wise and revelations or will it be punishing and vindictive?