This book is about failure. But not a personal failure. It is about failure in an existential sense. What does it mean for a people or a society to fail? And if a society does fail, how long does it take? Do its people know they are failing? Did the Romans know they were in decline? What actually constitutes a failure? In a wider sense, this might sound like end times or end of the world talk. And in some sense it is. But this notion of end times needs some clarification. There is more than one way to think about the end of the world. The end of the world can be thought of in linear terms, from a defined starting and end point. This is reminiscent of the Judeo-Christian world view, where God created the world and where he will one day destroy it. So maybe this is it, end times. Or one could take a more cyclical view, where the universe is seen in perpetual motion, going through cycles of creation and destruction, like in the Hindu vision. And perhaps we’re at the cusp of one of its destructions. And to be fair, at many times in history, many people have lamented that we as a species were living in end times but the end never seems to come. Perhaps I am no different, perhaps people like me are the appointed criers of history which must signal end times every so often only to be laughed at later. However, the specter of nuclear warfare has added a new and deadly twist to the end time’s argument (and as I write this, the war in Ukraine rages on which has brought back the terrifying prospect of nuclear destruction).

But let’s assume that perhaps I am wrong and we are not living through end times. If this is the case, then I argue that maybe we should be living through end times. Failure is heightened when the entity that fails has tremendous potential. We as a species have tremendous potential. We have done some great and splendid things, from our literary, mechanical, engineering, transportation, communication and medical advances to name a few. But we are falling short, we as a species could feed, clothe, house and educate every individual on this planet with some work. We could do so much more but we become so mired in bullshit, so mired in tribal disputes, we use our technologies and insights for base and harmful things; we are conned by demagogues and strongmen who claim they can save us. And we want to be saved so badly and in this pursuit to be saved we destroy ourselves.

At no other time in history have we had this potential to make life better for our fellows, to truly live a meaningful life as individuals and a species. While meaning is subjective, we could try to create it together. And that is what makes me, and those like me, different than the ones in the past. In some sense, this book might be the voice of failure, of a lone being who somehow became cognizant of the failure of his society, of the lost potential. Perhaps we need the end, or at least an end to realize this.

We squandered our potential and should wait for the next evolution to bring something better. Perhaps then, the end is not Armageddon, it is not some god smiting us. No, perhaps failure is the end, our own preventable failure. It is a slow, painful death that we as a species do not realize we are living through. And when we finally fail, when we are finally gone, then maybe a new evolution, an overman or some infinite being might replace us, try again, and succeed where we have failed.

Pity we will not be able to see it. 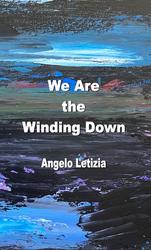